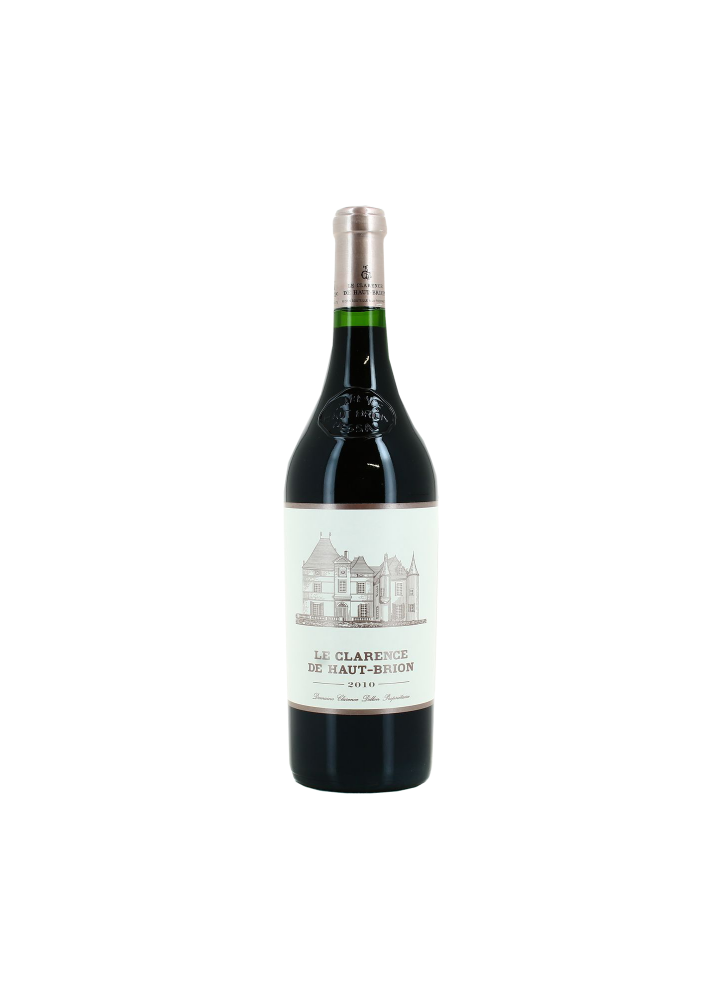 Château Haut-Brion, the mythical Premier Cru classé, offers a remarkable second wine with this Clarence de Haut-Brion, still called Château Bahans Haut-Brion before the 2007 vintage. It was renamed in honour of Clarence Dillon, the renowned ancestor of the current owners and enlightened purchaser of this prestigious estate in 1935.

Made from a blend of just over 50% Merlot, 35% Cabernet Sauvignon and 15% Cabernet Franc, this second wine benefits from the same prerogatives as its illustrious older brother: exceptional terroir of multicoloured gravel, benevolence in the vineyard, meticulous harvesting, precise and attentive vinification. The use of 20 to 25% new barrels for the maturing process, as well as barrels that contained the Grand Vin of the previous year for the rest, ends to explain this obvious filiation.

Thus, vintage after vintage, the qualities of Château Haut-Brion can be found relentlessly in the glass, with a Pessac-Léognanélégant, precise, structured and powerful, always built around a tasty aromatic intensity - red fruit and black cherry. Although earlier, it will still need to improve for at least 5 years in the cellar to reveal all its imitative talents.

JS 94 (2/2013): Quite jammy on the nose with lots of fruit. Plums, berries and jam. Full body, with a fluid center palate and chewy tannins. Round and rich. Seems more upfront and friendly than the second wine of La Mission. 52% Merlot, 36% Cabernet Sauvignon, 10% Cabernet Franc, and 2% Petit Verdot. Better in 2018.

WA 93 (2/2013): The second wine of Haut-Brion is now called Le Clarence de Haut-Brion, and the 2010 is among the finest I have tasted there. It is a broad, powerful and more muscular wine than its cross-street rival, La Chapelle de la Mission, but all the same, it is wonderfully fresh and precise, with notes of blueberry and boysenberry as well as hints of smoke and wet stones. Endowed with gorgeous fruit, texture, purity and elegance, this relatively dense second wine demonstrates how draconian the selection process has become for the top estates in Bordeaux in recent years. The blend of this wine is 52% Merlot, 36% Cabernet Sauvignon and the rest mostly Cabernet Franc with just a touch of Petit Verdot. I would expect it to last at least 20 years, which is remarkable.