South of Washington state, the state of Oregon has its roots on the Pacific coast in the northwestern United States. Vineyards, enduring the oceanic influence, extend south of the port city of Portland. This humid wine region with small estates contrasts with the arid state of Washington and its gigantic wine-producing enterprises.

Two distinctive wine-growing areas can be seen in the expanse of Oregon:

To the north, the AVA (American Viticultural Area) Willamette Valley lies west of the Cascade Mountains and extends from Portland to Eugene through the town of Salem. With its six appellations, this region has the largest number of wineries and wineries in Oregon. Winters are cool and wet, and hot, dry summers are tempered by the influence of the Pacific. Significant temperature differences between day and night occur during the growing cycle, forcing the grapes to ripen slowly and giving the wine a balance of fruity aroma and acidity. The temperate oceanic climate is ideal for cool climate grape varieties such as pinot noir and pinot gris.

The second wine growing area in the south is called AVA Southern Oregon and stretches 200 kilometres from Eugene south to the California border. It includes famous appellations such as Umpqua Valley and Rogue Valley.  The weather conditions are the warmest in Oregon but cooler places exist in the valleys and their foothills.

Sort by:
Best sellers Relevance Name, A to Z Name, Z to A Price, low to high Price, high to low
Showing 1-2 of 2 item(s) 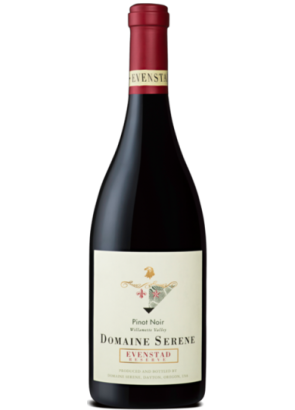