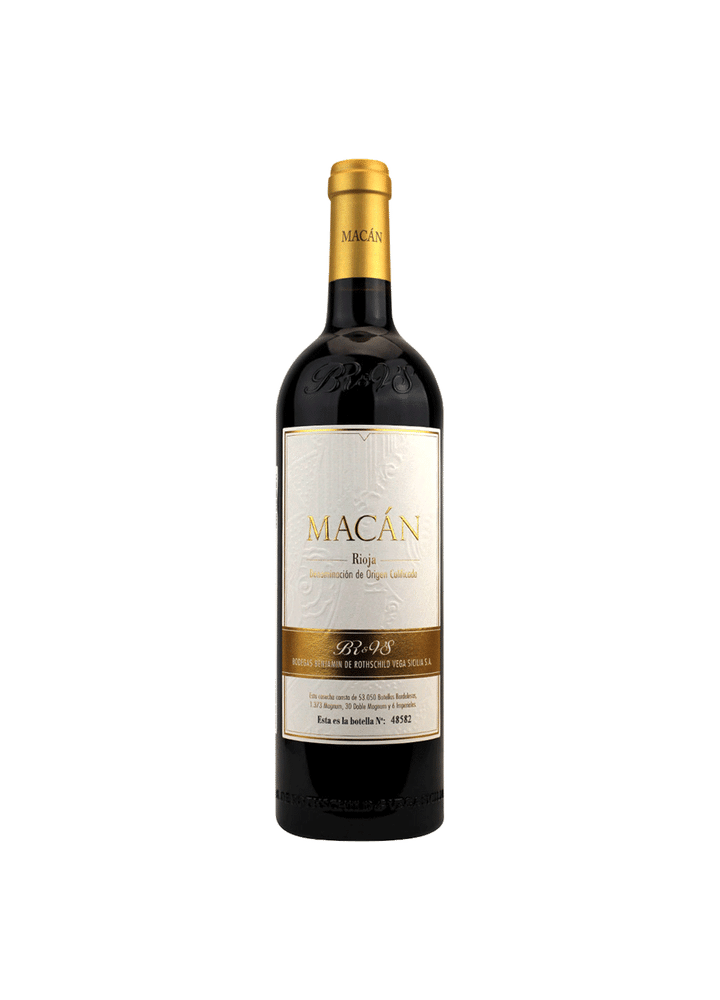 Wine Advocate 94 points - I tasted the 2014 Macán once again, as they are holding the top wine to give it one more year in bottle before being released. It fermented in oak vats with inoculated yeasts and aged in new barrique for 16 to 18 months. They want to give this cuvée no less than three years in bottle. This 2014 was bottled in May 2016, not quite three years ago yet, but it can provide a good idea of the development the wine is going to have when it's released. It's evolving at a very slow pace; it's a tight red with plenty of tannins, and the time in bottle seems to be doing it good. There is concentration and power, as well as typicity from the variety and the zone, with that austerity from this part of Rioja. It's a serious, modern and nicely crafted Tempranillo with a touch of sweet spices and smoke. It should continue evolving nicely in bottle. This will be released in January 2019. 66,166 bottles, 2,041 magnums, 86 double magnums and 25 imperials were produced in 2014.